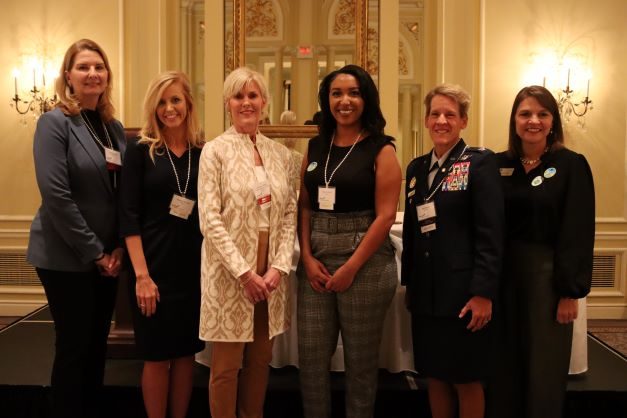 At the WLN Networking Reception, an esteemed panel of women and engaged in meaningful table conversations centered around the theme of Resilience – the process and outcome of successfully adapting to difficult or challenging life experiences.

Please visit the link below if you would like to make a gift with your credit card.

Donations can also be made with your Required Minimum Distributions or with gifts of appreciated securities. Please contact Janine Lawler, Chief Development Officer, at jlawler@girlscoutsem.org, for more information or assistance.

Thank you to our Panelists! Colonel Laurel “Buff” Burkel retired from the US Air Force in December 2018 after over 27 years of service. She is a distinguished graduate of the University of Michigan’s Air Force Reserve Officer Training Program and holds a bachelor’s degree in Biology from the University of Michigan and master’s degrees in Human Resource Management (MS) from Chapman University, National Security Affairs (MS with Distinction) from US Naval Postgraduate School, and Strategic Studies (MA) from the US Air Force Air War College. Colonel Burkel is a senior navigator with more than 2,100 flight hours (including 285 combat and combat support hours) in training, F-4, C-141, and C-130 aircraft. Over the course of her military career, she commanded an operational C-130 squadron, both at home and deployed, and served in a variety of leadership positions at the group, wing, major command, Headquarters Air Force, joint, and international levels, including tours in the Republic of Korea, Canada, and Afghanistan. On her last deployment in 2015, Colonel Burkel served as the advisor to the Afghan Air Force’s Director of Training in Kabul, Afghanistan. Her deployed tour was cut short due to the injuries she sustained from the October 2015 NATO helicopter crash in Kabul that took the lives of two of her subordinates.

Colonel Burkel now serves as an inspirational/motivational speaker, sharing the story of her survival and recovery from the crash to highlight the power and positivity of our support to and for each other and its fundamental connection to our personal resilience.

Colonel Burkel is an Air Force Wounded Warrior (AFW2) and serves as an AFW2 Program Ambassador and Mentor. She is a member of the St Louis Blues Warriors hockey team, a USA Hockey-affiliated disabled veterans hockey program, and serves as the Blues Warriors Delta Team captain. Colonel Burkel is also an assistant coach with the Southern Illinois Lady Hawks girl’s hockey team, currently in their inaugural season. She is a member of the Girl Scouts of Eastern Missouri Board of Directors and is also a member of numerous professional and service organizations. Amber Overton (she/her) is the first ever Chief Diversity, Equity, and Inclusion Officer for Girl Scouts of Eastern Missouri. As Chief Diversity, Equity, and Inclusion Officer, Amber leads development of Girl Scouts of Eastern Missouri’s DEI strategic planning along with overseeing the implementation and assessment of that strategy. With over 10 years of experience advocating for racial equity in St. Louis, Amber’s unique lens of youth development guides GSEM’s DEI framework to support Girl Scouts in the region.

Amber’s career spans across nonprofit settings, K-12 education, and corporate DEI, and includes roles in both direct service and leadership. Amber utilizes her specialized knowledge in college and career readiness, advocacy, policy development and implementation, and research to inform her systems-focused approach to advancing diversity, equity, and inclusion in her work. She was named a 2022 Champion of Diversity by St. Louis Business Journal in recognition of her contributions to DEI in the region. An outspoken advocate for women and inclusive community builder, Jennifer Bardot is best known as a publisher and author of her internationally bestselling books which inspire others through a collaboration of women sharing their personal stories in her anthologies of G.R.I.T. (Growth, Resilience, Intention, and Tenacity). She is the founder of GRIT Community which encompasses course, coaching, masterminds, events and cohorts of women filled with likeminded growth mindset participants.

Jennifer is a Business Consultant for Health & Benefits at WTW and has an undergraduate degree from Fontbonne University and earned her dual master’s degrees MA & MS from Missouri State University. She holds certificates as a Brené Brown Certified Coach and Leadership St Louis through Focus St Louis. She has completed her Life and Health certification and is presently in the SHE Leads Program within WTW.

Jennifer Bardot is a product of the St Louis Public Schools and has always valued education as a first-generation college student on both sides of her families. She currently serves as a mentor for Washington University, Saint Louis University and Lindenwood University. She also founded and leads Thought Partners which is a virtual women’s group with over 600 members. She is passionate about intentionally creating spaces where community is built and inspiration is sparked. She is a publisher and author of multiple internationally best-selling books “Owning Your G.R.I.T.”, “GROWTH” & “RESILIENCE” in the Deconstructing GRIT Collection. Jennifer is a relentless agent for change and is passionate about supporting women in reaching their full potential and achieving the success they deserve.

The Women’s Leadership Network (WLN) is more than a membership program. No other network provides members the opportunity to connect with each other AND help Girl Scouts provide the best leadership development to all girls, everywhere. Sign-up is free. 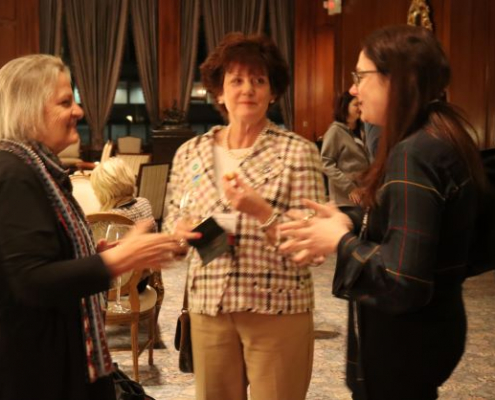 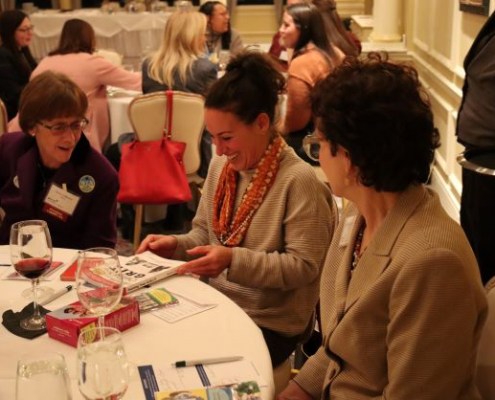 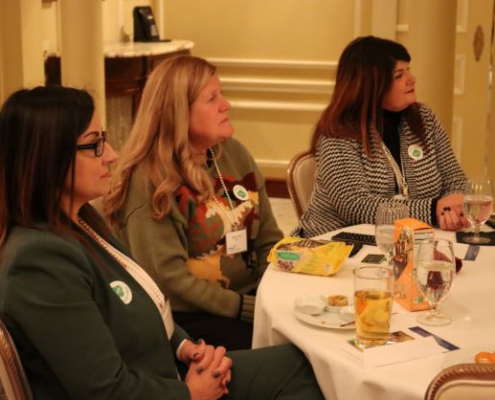 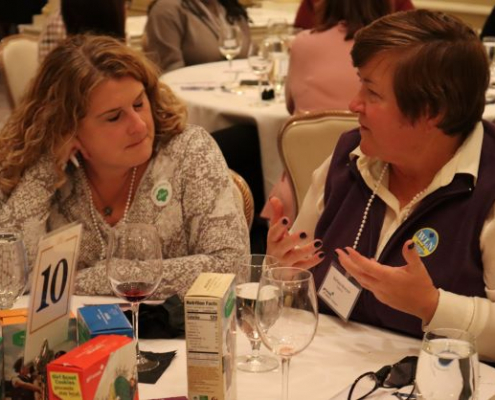 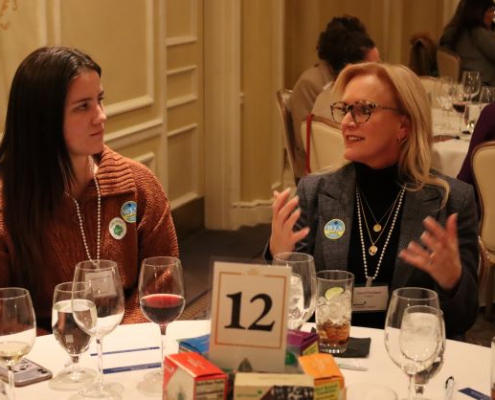 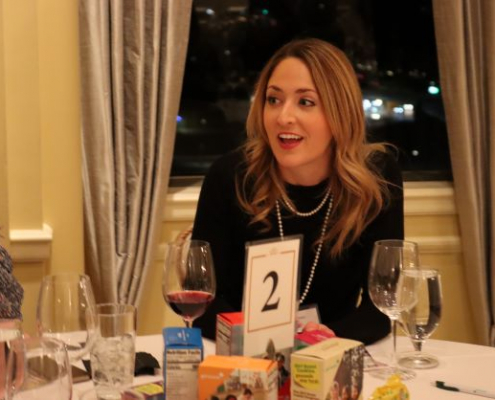 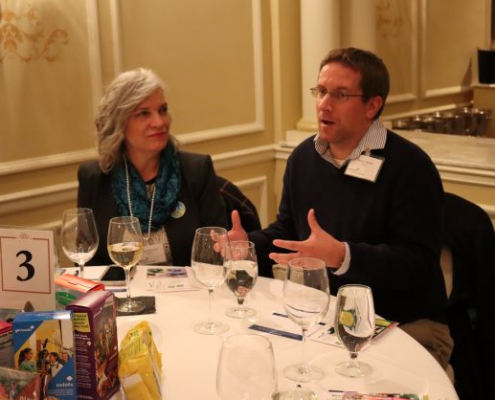 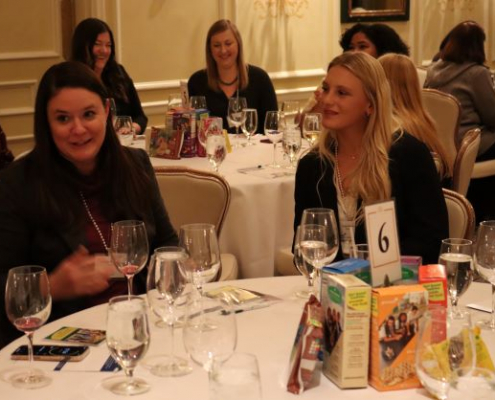 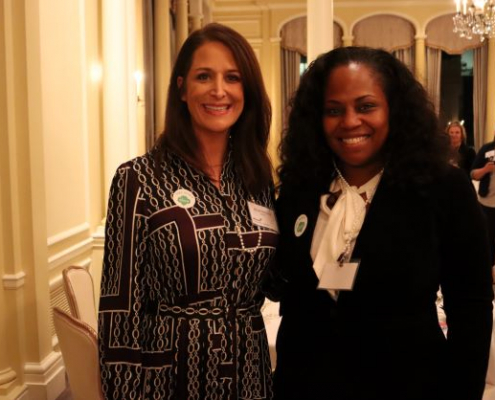 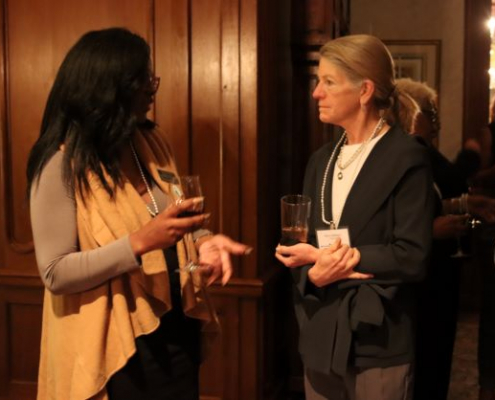